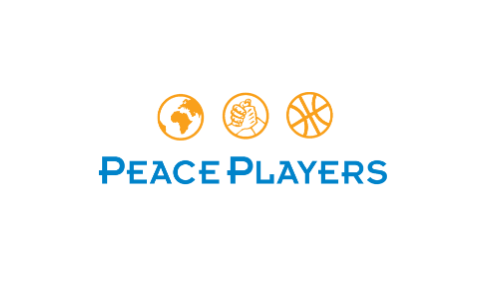 This video tells the story of AJ and Rachel, two female PeacePlayers participants from Northern Ireland. Both girls, now 19, grew up on either side of an interface, a so-called peace line, in north Belfast. They first met over 10 years ago as participants in PeacePlayers primary school twinning programme.

AJ attended Wheatfield, a predominantly Protestant primary school and Rachel, Holy Cross Girls a Catholic primary school. Back in 2001 these two schools made international headlines for all the wrong reasons. Due to tensions in the area, parents and their children who attended these schools got caught up in an ugly sectarian stand off.

In the video AJ and Rachel describe how their PeacePlayers journey has helped them to develop and strong and genuine cross community friendship. A friendship that is so strong that it feels like “missing an arm” when the other is not around. The video also shows how, inspired by their PeacePlayers experience, both girls now employed as PeacePlayers sessional coaches are committed to giving back and to making their contribution to peace-building and reconciliation in Northern Ireland and beyond.

They pose an important challenge to our leaders requesting that efforts be made to remove the institutional barriers in education, housing and politics, which continue to serve as barriers limiting further progress. Whilst the physical peace-lines in Belfast remain, the AJ and Rachel story shows how the power of sport has and continues to help to remove the barriers that exist in people heads.

Follow PeacePlayers NI on social media for content on Good Relations Week  and celebrating the power of sport for community relations and peace building work.

Organiser Bio: PeacePlayers uses the power of sport to unite, educate and inspire young people to create a more peaceful world. They offer sport programming, peace education, and leadership development to those living in communities in conflict.PeacePlayers bridge divides between people through the game of basketball and helping develop young leaders who help to change perceptions.